fun stuff on this site

fun stuff on the InterWebs

DHMO alert * Go to Hell * otters, not cats * Hypnotically encased iMacs * VERY ADVANTAGEOUS OFFER * Eurovision * Get away from it all * John Thomas award for Logo design * How? What? Why? * noodly appendages * ENGINEER YOUR AUNT

Green stuff: Without Hot Air | blog | review
How to repair the world
School: without the government target box-ticking 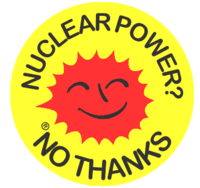 When I recently emailed our local Friends of the Earth group telling them about a forthcoming talk by Mark Lynas at Reading Skeptics In The Pub I got a reply from a friend, who's one of our Green Party parliamentary candidates, saying she thought it was "sad" that Lynas had gone "pro nuclear". My response turned into a bit of an essay. I hope it may be of interest to others.

The true cost of "renewables" and levelling the playing field between baseload and intermittent energy sources. 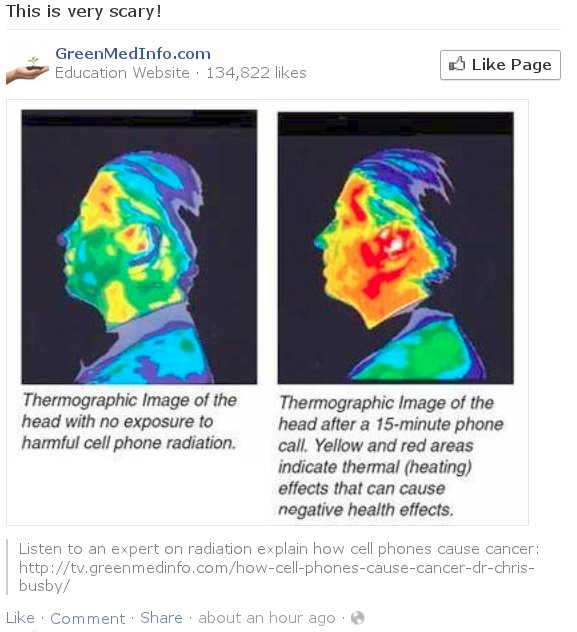 Respecting Each Others' Beliefs

Wrong on so many levels 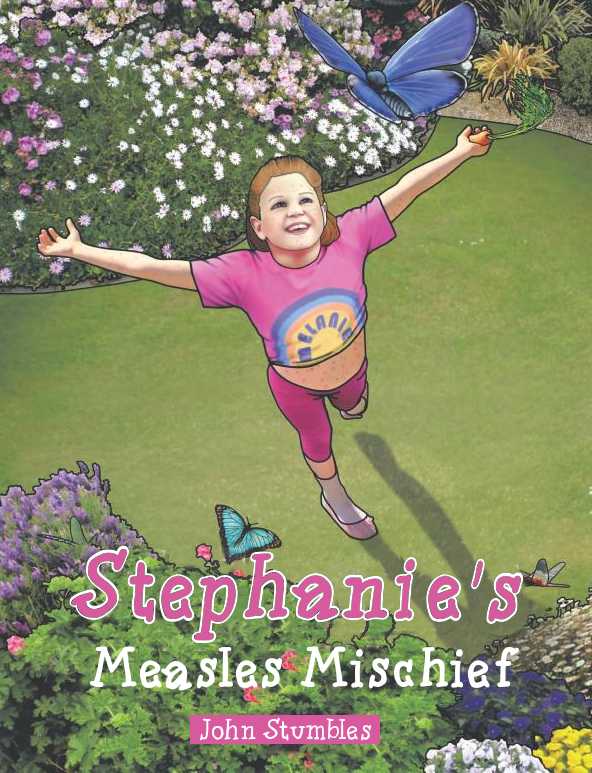 1st January 2011. Browsing a movie quotes website I got a series of images with existential-angsty text leading up to this advert:

(For anyone who doesn't already know what that mob are about here's the low-down on them.)

Chip and PIN is broken

Researchers at Cambridge describe how your stolen Chip & PIN card can be used to take £1000s from your account before you cancel it. The transactions will say 'Verified by PIN' even though the thieves don't know – and don't need to know – your PIN.

And what are the banks and card issuers doing about it? Oh, don't worry, they're onto the case: they're pressuring Cambridge University to suppress the embarrassing news. Aren't we all glad they're so vigilant!

My spam filters let this one through into my inbox. They evidently knew I'd enjoy it.

Good day,I am Mr Bruce....I saw your advert on net that I will like to patronize you, I need your assistance as a Dog trainer or a dog walker, I will went out of Home this week to Town,I have 1 Dog here that I want to train before I return back to Home In 1month. I decided to search for a dog trainer/dog walker so my dog can be in good other before i return to the Home bcos am inside England and i want to know your price pls get back to me today,And who can cater for the dogs and train..I'm very interested in leaving my dogs in your care for the period of a 1month and the 1 dogs are 5 month old, I will be in the town in 1month, I want to book your service and am ready to pay you this week, I have called my P A that work for me to send the payment to you as soon as you tell me what your price is to take care of the dogs for 1month so,the name of my Dog Are terry is male,(I need to be train for walking,sitting,understanding and home cater etc)I will call the shipping to deliver the dog to you.So you can reach me on this number Pls call my number +447024041715 Am a Road constructional Engineering...get back to me on my private email address.mrbrucemoree@yahoo.com
The dog is 1...
Names....terry.
breed.....maltese.
Age......5month old
weighs around 8.5 lbs
Maltese Shih Tzu puppy and is very playful. ..
date to deliver the dog...20/12 /2010.
pickup the dog for your house.20/ jan /2011.
Thanks..
Bruce.....

Mid-September, and my country is welcoming with open arms — a State Visit paid for by taxpayers like me — an international war criminal.

In the worldwide war against AIDS our principal weapon is prevention: safe sex, needle exchange programmes and the like. And it works. But one vast, wealthy, hugely powerful multinational organisation, and the man who heads it, are doing their worst to scupper some of that work by instructing those they have influence over not to protect themselves and others, and spreading disinformation — black propaganda — claiming that proven effective preventative measures are not effective. To the extent they succeed in this they will cause more people to get HIV and more to die of AIDS. Criminal transmission of HIV – whether intentional or reckless – is a concept that is becoming established in many jurisdictions, and arguably applies in this instance.

I'm talking about the Catholic Church, the Pope and condoms, in case anyone hadn't got it yet.

And what are they offering in its place? Abstinence.

I mean: abstinence is a great way of preventing sexual transmission of HIV — if you can get people to practice it. And to go on practicing it consistently and indefinitely. But this coming from an organisation that has failed to persuade even its own employees to abstain from sexually abusing children? What planet are these people from?!

But then we're dealing with a bunch of people who not only believe in a sky fairy who sprung up out of nothing to create the universe and everything in it fully formed, but seriously believes that waving an arm and reciting some abracadabras over a bit of wine and nibbles literally, really, actually turns it into the flesh and blood of a man who died two thousand years ago. If he ever even existed.

What hope is there?

I mean, what is the problem? It's not as if they were even suggesting that all korans should be burned – the book suppressed (as if that would even be possible). If the Koran-ites were so upset about it the sane retaliation would be to burn some bibles, not murder some human beings.

Maybe we – atheists, secularists, humanists, skeptics, whatever – should make it International Burn All Holy Books Day and ceremoniously burn Korans/Qurans, Bibles, Torahs and whatever other sky-fairy nonsense comes to hand. I wonder what would happen? I'm sure there would be ruffled feathers (to say the least) amongst some of the more wacko religious types, but it could be an eloquent gesture against the evil caused by religion in the world today. And September 11th would be as good a date to choose as any: it's iconic because it's the date on which a bunch of fervent devotees of religion C wrought spectacular violence on a nation identifying itself with religion B in retribution for its support of a state that, through its following of religion A had been doing bad things to the C-ites. Take away A, B and C and you may still have some grasping and disputes about oil, minerals and other resources but nothing like the easy polarisation which allows human beings to kill other human beings (and sometimes themselves in the process) over differences almost entirely in their imaginations.

I'm not suggesting the book burning should be undertaken as an insult to those suffering from Theism. As with other communicable diseases – such as HIV – it is not the fault of the sufferer that they are infected. But those infected do have a choice how they behave with it. In the case of the HIV+ person they can at least not have unprotected sex with those uninfected. In the case of theism (a killer probably on a par with Malaria) the victim can be not so f**king precious about their Holy books and stuff. Look around you folks: outside of your own ghetto most of the planet doesn't share your particular hallucination. And huge numbers of those others are infected with different strains of what you've got. You don't care about their Holy Stuff so why should they care about yours? By all means if they come to your house and burn your holy book then get appropriately stroppy with them. But if they go out to a bookshop on the other side of the world and buy a copy of your Precious Tome and have a BBQ with it what harm does it do you FFS?

Trouble is, of course, in some people the effect of the disease is more like rabies.

Good piece by the Heresiarch here

On Saturday 24th April 2010 I did a sponsored firewalk to raise money for Save The Children's work in haiti. Read all about it and see the video.

look what the cat dragged in

Hill Street Blues: when it was first shown on Channel 4 in the '80s it was the one bit of TV I'd go out of my way to catch. Nowadays the hectic hand-held camerawork, cocktail-party soundtrack and multiple story threads are so familar from programmes like ER they're almost a cliche, but at the time it was radically new. (The portrayal of the effects of police life on officers' personal lives was apparently new to American TV too, though in the UK we'd had domestic violence and marriage breakdowns in Z Cars,[1][2][3] back in the '60s.)

Watching it again today I find it as gripping as I did over two decades ago. The writing and acting is brilliant: I feel I really know and care about the characters (love them or hate them) and there are some terriffic stories. I think the show's use of comedy (often centred around the pompous, gung-ho but gaffe-prone Lt. Howard Hunter) makes Hill St special. It's certainly not played for laughs (and we can only thank our favourite deities that it doesn't have ghastly American canned laughter imposed upon it) but the alternation of almost slapstick farce one moment with shocking drama the next is particularly effective.

However only the first two of Hill St's 7 seasons are available on DVD! Given that just about everything that's ever been on TV is now available on video, from Life on Earth to The Magic Roundabout: Director's Cut, with previously unseen material, how come we don't have the entire Hill St canon (with or without sweepings from the cutting-room floor)? Meantime if you see it coming up on TV again please drop me a line!

thought for the day

If Jesus were to come again He'd come on a board
no need to walk on water when there's surf for Our Lord
And all of His disciples would be blond boys with tans
with their wax in their baggies and their boards in their hands.

A religious leader tells his followers to invade and steal the land of followers of a rival. What will happen to the inhabitants? No problem: they are to be slaughtered, every last man, woman and child. Even their animals. And their city burned and every vestige of them destroyed (apart from silver, gold and other valuables which they keep for the Leader).